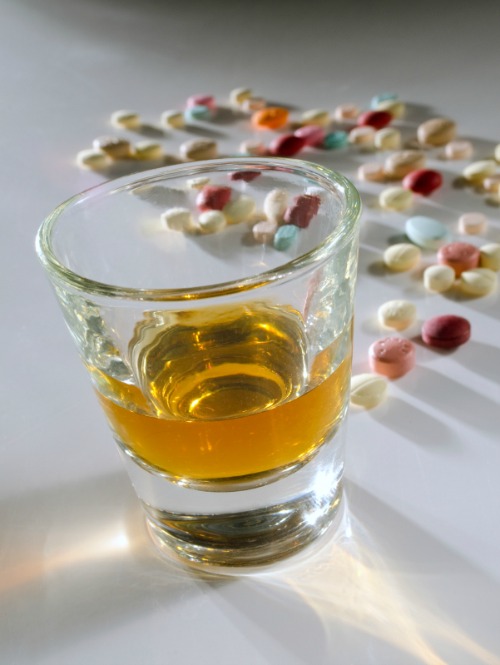 Diphenhydramine is an antihistamine used to treat sneezing, runny nose, itching, watery eyes, hives, rashes and other allergic symptoms by blocking the effects of the naturally occurring chemical histamine in the body. The drug is also used for other purposes, suppress coughs, to treat motion sickness, to induce sleep and to treat mild forms of Parkinson’s disease.

It is suggested that if you want to drink alcohol it should be in moderation as it will increase the side effects of drowsiness and dizziness.

At this time the medical community defines moderate consumption of alcohol as no more than two drinks per day and no more than 14 drinks per week. Anything more than that is considered an unhealthy dependency on alcohol that may have adverse social, family and health consequences.

If a person drinks only once or twice a week but drinks on the same days each week and more than two drinks this is considered as an alcohol dependency.

If a person binge drinks at any time during the week this is also considered as alcoholism.

Some consider alcoholism as a disease while others consider it an addiction which is the result of personal choice and character fault. This school of thought blames the alcoholism on life style choices.

Personally I consider alcoholism a genetic tendency as I have seen families of alcoholics even when they live far apart. These unfortunate people are probably dependent on alcohol from the first drink.

When alcohol interacts with prescription over the counter drugs it usually results in negative health effects most especially liver damage as the main organ affected.

It is suggested that before taking this or any other drug you have a frank and honest discussion with your physician as to your drinking habits. This may be difficult as many alcoholics are in a state of denial as to their drinking habits.

I have also noticed that many alcoholics are not subject to the morning after illness that most of us suffer through when we drink too much. Severe alcoholics usually find if they feel “shakey” in the morning, a drink will make them feel more normal.

Before starting this drug inform your physician if you have, glaucoma or increased pressure in the eye, a stomach ulcer, enlarged prostate, bladder problems, difficulty urinating, overactive thyroid, hypertension , heart problems or asthma.

Serious side effects are allergic reactions such as difficulty breathing, closing of your throat, swelling of lips, tongue, face or hives. If these occur get emergency medical aid.

This site serves as an information source only and does not dispense medical advice or any other kind of advice. If you are seeking medical advice you are advised to consult your own physician.

Hard copy and E book for sale. What's Killing You and What You Can Do About It. Click here.